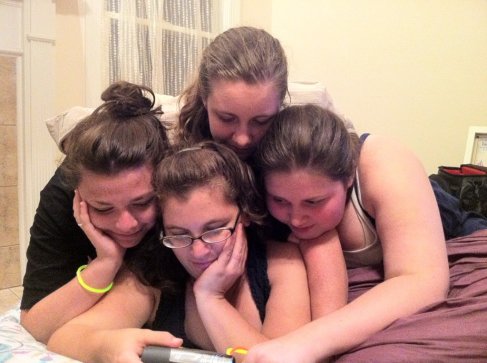 My first year in full time ministry wasn’t easy. I had struggles like most Youth Directors do. I struggled with getting to know the kids. I struggled with balancing my time. I struggled with just about everything you can imagine. There was a short period of time where I even loved ministry a little less because I wasn’t sure I was cut out for it. That was all a lie though, because my God is bigger than my doubts and because I had people investing in me.

I’ve mentioned that I have great leaders, but the greatest leaders that have ever been in my life were ones that invested in me. They put in the time, even when I felt like I wasn’t worth it. When I stepped away from church, they continued to encourage me and when I needed to make big decisions, they prayed along side of me.

One of the things that I realized I was missing in my start of full-time ministry is that I wasn’t letting anyone invest in me. I was draining myself trying to meet all of the needs of my ministry, but my needs weren’t being met.

After about 8 months of this, I started meeting with some local youth directors every month and it was there that I started to feel like I could catch my breath. It was also through that group that I found a Small Group that would provide the community I was missing. It provided the first batch of people that not only I could invest in, but they would invest in me in return.

Since then, I have found that there are several people who are willing to invest and pour into my life. I meet with an incredible woman in my church every other week and together we pray for students and the ministry that is taking place in their lives. Another one of our leaders makes it a point to do a “Big Girl Road Trip” with me twice a year. Do you know how much life that brings to my ministry? It sounds like we’re driving across the state for a concert, but it’s the time that she invests in my life that encourages me and helps further my ministry so I can invest in others.

Who invests in you? Are you burning out because there’s no one alongside of you; pushing you forward, praying for you, and investing in you?

It’s true. All of them. Small group leaders, Sunday School leaders, Sunday Night leaders. We have a lot of programs for students at Isle of Hope and we wouldn’t have anything if it weren’t for the volunteers that put in countless hours each week to invest in students.

I grew up in a youth program with great leaders. They were people that invested in me and followed me through to where I am today. One leads a small group that I’m still part of ten years later and one takes my calls every day as I struggle with everyday life decisions (like whether I want Jimmy Johns or Chipotle for dinner, or whether I should quit my life calling to become a Power Ranger). These are people who volunteered their time and invested in me as a teenager and now at the age of 25, they still have a part in my spiritual development. How cool is that?!

So that’s what I want for my students today. Someone that will follow them through to adulthood. Someone that will be at their Middle School Graduation (did you guys know that’s a thing?), High School Graduation, and one day their wedding. Or the day they figure out they’re being called to live in another country. Or the day they lose a family member and they have no idea how they are going to make it to tomorrow. I want great leaders.

When I got to Isle of Hope (almost three years ago), there was an incredible leadership team who’s serving time was coming to a close. They were great leaders who invested in students. The kind where you see it in the fruits of the students who had already graduated. Some were called to new ministries and some are now awesome small group leaders who still continue to love on kids. Either way, recruiting was the first thing I ever really remember struggling with. I remember asking people who still help us today, people who volunteered because it just looked like I was in over my head, and people who tried it and realized they just couldn’t keep up with the energy 50+ middle schoolers can bring.

Sometimes I asked in desperation, sometimes I asked out of completely being led to do so. One week I walked up to a couple in church that I had (maybe) met once before. I told them I thought they’d make great leaders (what? I didn’t even know them…). Now, two years later, one runs sound, the other just started an 8th grade small group and they are both some of the most dedicated youth leaders I have. Another leader was suggested to me when I first got here. He completely blew me off and dodged me at church functions (so cold). He came around several months later, called to quit after a rough Sunday night a month later, but instead stuck it out to see the incredible change that would happen over the next year. My leaders rock.

It’s three years later and the question is no longer “Do I have enough leaders?” (I don’t. You never really will. Always be recruiting.), but “Do I love my leaders?” And guess what, I totally do.

I write them ridiculous emails every week, take them out for meals, walk with them through tragedy, and so much more. They aren’t just people who are serving in the church, they’ve become my family. They are doing something so big for the Kingdom and they’re my heroes because of it. I love them for putting in the time and effort to love students at any cost and I love their families for allowing them to dedicate the time to a ministry that asks a lot of them. I love them on days when they don’t show up and on days when they’re ignoring me asking for help because a kid just spilled baby food all over the carpet in the Fellowship Hall. I love them because they love students, because Jesus loved them first.